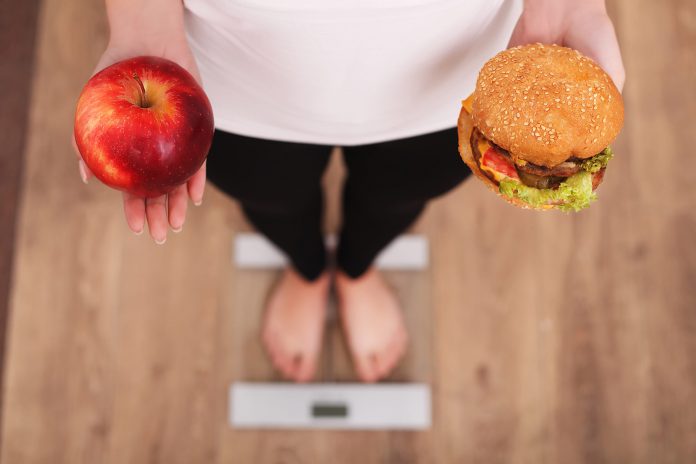 More than 30 percent of adults are considered obese, and more than 70 percent are overweight, according to the 2012 Chronic Disease Risk Factor Survey commissioned by the Ministry of Health.

Statistics gathered by the Health Services Authority also point to a looming crisis of obese children in the Cayman Islands. In the 2009-10 health screening on school entry level children and those in transition from lower to middle school, the HSA found that around one-third of Cayman’s school-aged children are either overweight or obese. It also found that nearly 15 percent were at risk of becoming overweight.

Analysis of the Cayman Islands school health entry data 2012-2013 (children entering school aged 4 to 6 years) found 16 percent were overweight and 17.4 percent were obese. This amounts to approximately 33 percent falling into the overweight or obese category in that age range.
Overweight and obese children are at risk of developing serious health problems later in life such as hypertension, diabetes, cancer and cardiovascular diseases.
“These obesity and overweight rates amount to a serious public health problem,” says Sheehan, “and it is widely accepted globally that obesity is of epidemic proportions.”

Indeed, the World Health Organization considers obesity an epidemic, affecting one in 10 people worldwide.
In the United States, more than one-third of adults and 17 percent of children and adolescents are obese, according to a 2015 report from the Centers for Disease Control and Prevention. Worldwide, obesity has more than doubled since 1980 in 73 countries, and continued to rise across most other countries. Globally, more than 600 million adults are obese, and more than 1.9 billion adults are overweight, according to WHO.

Most of the world’s people live in countries where being overweight or obese results in more deaths than being underweight, according to the WHO. Around 70 percent of deaths related to an elevated BMI were due to cardiovascular disease, killing 2.7 million people in 2015, with diabetes being the second leading cause of death, according to a recent study published in the New England Journal of Medicine.

Moreover, the study found that almost 40 percent of the 4 million dying because of their higher body mass index were not yet obese, highlighting that deaths are occurring almost as often in those considered overweight as those considered obese.

Poor diet and lack of exercise plays a major role in obesity and overweight prevalence. The most common cause is simply consuming more calories than are required by the body.

But it is a multi-faceted issue.
“Many factors can contribute to being obese and overweight,” says Sheehan. “Poor lifestyle choices, including lack of exercise, too little sleep, medical conditions (hypothyroidism for example) and genetics can contribute to weight issues, as can certain social factors.”

There is also a connection with energy-dense foods, and a rise in sedentary lifestyles.
“Globally and locally … there has been generally an increased intake of energy-dense foods that are high in fat and sugar,” says Sheehan. “An increase in physical inactivity due to the increasingly sedentary nature of many forms of work and recreation – increased screen time for example – changing modes of transportation, increasing urbanization and development have all contributed to the rise in obesity.”

Sheehan says tackling obesity issues in the Cayman Islands and addressing obesity amongst school children will require a multi-pronged approach, with an emphasis on developing and implementing obesity prevention strategies.

“A public health approach to develop population-based strategies for the prevention of excess weight gain should actively involve different levels of stakeholders and all major parties,” she says. “Potential policy areas to the development and implementation of such strategies should cross from the home environment to a broader policy level of socioeconomic environments.”

There are many health and weight loss programs available on-island, and finding a program that best suits your lifestyle will likely increase your success rates, says Sheehan.

“Remember, weight loss doesn’t have to be all or nothing,” she says. “Set realistic goals, work hard and if you veer off track, make an immediate U-turn. Additionally, there are many online tools and apps that can be very helpful aides and provide motivation when adhering to a structured weight loss program.”

“Try to avoid fads and gimmicks,” she says. “Remember that reduction of overweight and obesity ultimately depends on individual lifestyle changes.”

“I have a slow metabolism”
Studies have shown that resting metabolism – the number of calories used by the body at rest – increases as people become heavier. In other words, the larger you are, the more calories you use to keep your body going. Being fit and increasing your lean muscle tissue is one way to increase your metabolism. Essentially, the fitter you are, and the leaner muscle mass you have, the more calories you burn both at rest and during exercise – thus making weight maintenance and weight control easier.

“I have big bones”
This is partly true. Some people have bigger skeletal frames than others. It’s better to say that someone has a small, medium or large frame rather than being big boned. However, having a large frame in the terms of weight management will not have a huge impact. An adult skeleton weighs between 4 to 8 pounds, or 6 to 7 percent of body mass.

“I just have to look at food and I gain weight”
It’s very difficult to know the exact reasons why some people gain weight easily. For most people, weight gain or weight loss will always come down to individual eating choices and exercise habits. Finding a solution is important, including double-checking calories in (eating choices) and calories out (exercise and physical activity habits). It may be that the chosen diet is not right for that individual.

With smart phone technology being such an integral part of daily life, put your device to good use and start tracking your health with...

Maintaining your health over the holidays

Between calorie-laden holiday meals, Christmas drink events, and shopping trips eating in to gym time, it can be difficult to stay on the health...

Take charge of your health in your 20s

Take charge of your health in your 20s You may think you are too young in your 20s to be worried about major health scares,...