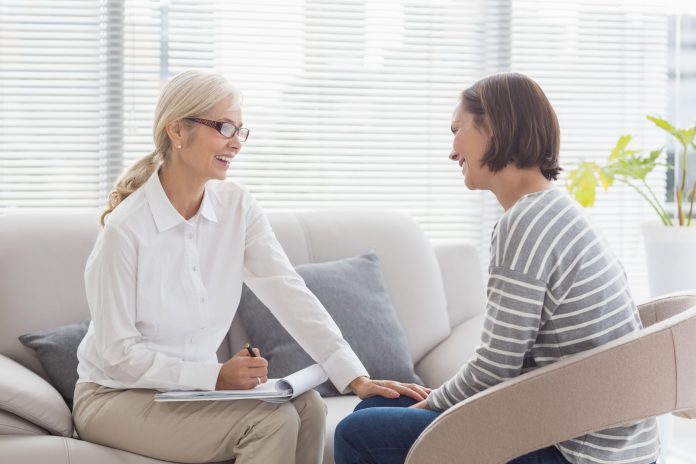 With approximately 4,000 people in the Cayman Islands afflicted with mental health issues, to one degree or another, a new therapeutic residential facility for the mentally ill is welcome news.

When the Ministry of Health signed a $900,000 contract in late July for design of Cayman’s first residential facility for the mentally ill, the relief in the medical community was palpable.
The professionals – both medical and government – have long sought a quiet home to house and help Cayman’s most afflicted, struggling with an invisible, exhausting malady, frightening to many, bearing a heavy social stigma for families.

Design for the nine-cottage, 42-bed facility on 15 acres in East End will finish in late 2017; construction will start in mid-2018, anticipated to take 16 months. Planners hope, however, for an early-2019 opening of six cottages and a central administration building, with more housing to follow as needed.

Dr. Marc Lockhart, chairman of the 10-member Mental Health Commission and longtime advocate for the mentally ill, pegs building costs between $10 and $15 million, and annual operating costs of $1 million. Funding, according to MoH consultant KPMG, will come solely from government.

Care for Cayman’s mentally ill is rudimentary at best. The Cayman Islands Hospital has eight short-term beds for stabilization of acute cases; Northward Prison, ill-equipped to manage mental illness, holds as many as 12 mentally ill who have strayed into crime; and between 14 and 15 people reside in homes in Jamaica and Florida, where treatment is hard to monitor and family contact sporadic.

Both he and Ministry of Health planners envision the East End home as a therapeutic community, teaching modest skills through a sort of “occupational therapy,” offering gardening, animal husbandry with “goats and cows,” woodworking, a bakery, cheese-making and a public gift shop, Dr. Lockhart says – and a goal that patients ultimately return home and function productively.

The vision is based on Gould Farm, a Massachusetts-based residential community founded in 1913 on 700 acres near Monterey, 2½ hours from both New York City and Boston.
Gouldfarm.org says the three-cottage, 40-bed facility helps “adults with depression, bipolar disorder, schizoaffective disorder, schizophrenia and other challenges begin to rebuild and regain their lives.”

That list roughly matches that of the Cayman Islands, which numbers approximately 4,000 people afflicted to one degree or another.

Dr. Lockhart said 50 percent or more of those have “serious chronic mental health issues” such as schizophrenia or bipolar problems and many “deal with drug issues.”

Community Psychiatric Nurse Dympna Carten, Mental Health Commission member and one of two CPNs who tour Grand Cayman, treating up to 17 clients each month on behalf of the mental health court, says many of the 4,000 are “self-medicating” yielding a “high rate of people using cannabis or cocaine,” seeking to dampen the relentless stress of mental disability.

“We see a wide range of disorders from depression to anxiety, to bipolar, to personality and developmental disorders,” she says.
Gould Farm Executive Director Lisanne Finston says occupational therapy comprises a range of daily jobs: collecting eggs, preparing meals, clearing trails, feeding animals, making cheese, tapping trees for maple syrup, planting and harvesting produce, baking bread and flipping pancakes at the farm’s commercial Roadside Store and Café.
Gouldfarm.og says “working on various teams inspires a sense of dignity, self-worth and pride in doing for oneself and others.” Ms. Finston said the jobs rarely change, but the “guests” do “as “they move through various work teams [and] increase their comfort and competencies.

“For example, a guest who has some cognitive impairment as a result of medication or trauma may move from simple repetitive tasks like chopping wood [and] slicing vegetables to more complex tasks like milking cows and making cheese which require higher cognitive functioning, memory recall and multiple steps, remembering and following sanitation procedures etc.”

Alongside Nurse Carten, Dr. Lockhart is also a principal in Cayman’s mental health court, established in 2010 by then-Chief Magistrate Margaret Ramsey-Hale. The court convenes on the third Wednesday of each month.

Magistrates, working with agencies such as the National Drug Council, the Probation Department, the Prosecution, the Defence Bar, the police, the Health Services Authority, doctors and the CPNs, design treatment and rehabilitation programs for each defendant, involving assessment, counseling, random drug screening and follow-up.

“Psychiatric and psychological assessment can be ordered,” Nurse Carten says.

The court also establishes bail conditions to gain a defendant’s compliance with the protocols. Breaches can mean revocation of bail and repeated breaches may land the “defendant” in a Summary Court criminal trial.

“The mental health court helps keep people out of prison, which is greatly fearful to many,” says Nurse Carten. “The court is about timely access to services, support and treatment benefitting the individual and the wider community.

“Our role is to keep people out of inpatient care in the hospital, and [out] in the community, and to do monitoring so they do not have to go to psychiatric care.”

She acknowledges the quandary of the mentally ill who self-medicate, often bringing them into contact with Cayman’s other “diversionary” court, Drug Court, which addresses problems of abuse.

“It can be a chicken-and-egg. Every time someone stops using [drugs], the underlying anxiety can re-emerge.”

Dr. Lockhart says counselors examine the impact of each client’s condition on such things as “decision-making, compliance with treatment programs and general functioning in society,” and, like Nurse Carten, he acknowledges the downward spiral that can afflict “defendants.”

“Homelessness and unemployment,” he says, breed more of the same, meaning “the risk of them being charged, of coming into contact with police, is greater.

“Sometimes they fall out and just can’t keep up with the meds. They have difficulties with time and with appearances, but they still have to show up.”

“We are advocates to direct people to get better. We see people getting back to their lives and back to where they were,” Nurse Carten says.