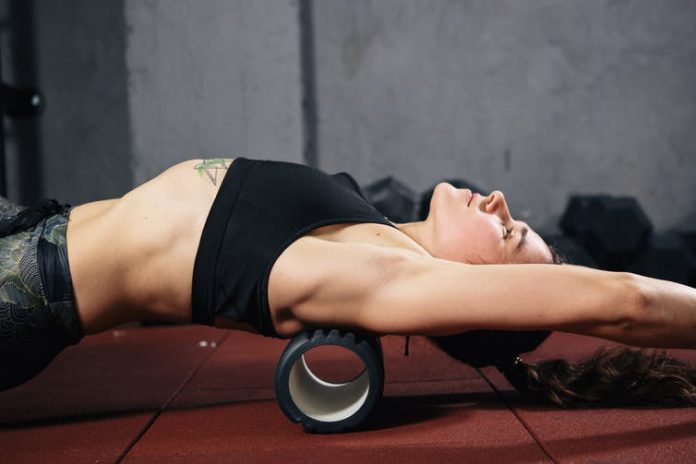 Foam rolling was once for professional athletes only. These days it’s hard to walk into a gym without tripping over somebody rolling around on a neoprene tube. Dedicated classes in hip New York gyms are frequented by the likes of Sarah Jessica Parker and Shakira. Forget protein shakers, resistance bands or Fit Bits: foam rollers are this season’s must-have gym accessory.

The rise of foam rollers owes much to the Israeli engineer and physicist Moshé Feldenkrais, whose pioneering work on body movements to improve muscle function became popular in the 1950s. A black belt in judo, Feldenkrais incorporated them into his system for physical improvement when he came across them in the US a couple of decades later.

More recently, the American sports therapist Michael Clark helped introduce these accessories to the general population with his 2001 book, Integrated Training for the New Millennium. The first US patent for a foam roller was filed as recently as 2004.

For the uninitiated, the practice involves applying your own body weight to a foam cylinder, using small repetitive undulating movements to exert
pressure on the muscle. The internet is full of guides on how to do this right: YouTube contains over 600,000 videos that match the term; a quick hunt on a search engine returns around 40m hits.

Despite this, scientific evidence to support the practice remains surprisingly limited. So does it work – and if so, how?

Most people understand that stretching before exercise is important; it loosens you up and improves your flexibility. But too much stretching – meaning upwards of 60 seconds – will weaken your muscles and could hamper your workout. One of foam rolling’s big selling points is that it can improve flexibility to a similar extent as stretching, but with an important added bonus – it doesn’t impair strength. Foam rolling can also improve performance if combined with stretching. This may be better than doing one or the other, but as yet the research evidence is inconclusive.

Meanwhile, we can now say with confidence that foam rolling is better than doing nothing. Recent work from our lab at the University of Stirling, carried out along with Malcolm Fairweather of SportScotland, tested the effect of foam rolling on a group of volunteers doing leg extension exercises.

We found that it required less effort for them to complete the exercise after two minutes of foam rolling than after two minutes of rest. Thanks to this reduction in effort, volunteers who repeated this for three days were able to perform better leg extensions than those who did not foam roll each day.

Foam rolling has also shown promise as a way of recovering from exercise, by reducing muscle soreness. Since muscle soreness can severely hinder healthy muscle function, managing this problem can help people perform better next time around.

Beyond this, there is still much we don’t know. One big issue is that we are not still not sure how foam rolling works on the body. For years, it was regarded as a way of releasing tension from the soft connective tissue known as fascia that forms a kind of matrix around the entire human body – including muscles, bones, organs and nerves.

Researchers have become sceptical about this, however: given the amount of force required to manipulate the fascia, many think it more likely that the pressure applied by foam rolling may be acting on the nervous system instead.

The findings on using rolling to avoid muscle soreness provide additional evidence here. We know that this pain relief is not related to “warming” the muscles, while there is only limited evidence that foam rolling increases blood flow. Were either of these the case, it would suggest the benefit is coming from stimulating soft tissue in the area in question. But if we rule both of these out it suggests there must be a more global or neurological response taking place.

All the research so far has looked at the immediate and short-term effects of foam rolling. Our understanding of the longer-term effects remains cloudy. So while we know that foam rolling both before and after taking exercise can complement your training programme, we can’t say for sure whether these benefits continue into the future. And while it has previously been shown that foam rolling has no negative effect on athletic performance in the short term, we still can’t say for certain that there are no detrimental long-term effects.

We also don’t have enough evidence to say how best to use foam rollers. Researchers have adopted protocols that vary from between one and five bouts of foam rolling per exercise session, and from anywhere between five seconds and two minutes. There is no suggestion that longer durations are better, so if in doubt, keep your rolling brief.

On the other hand, researchers are finding that you need repeated bouts to increase your range of movement. So if flexibility is your goal, you should roll and repeat at least twice during a session – just make sure nobody trips over you while you’re doing it.

This article was originally published on The Conversation. Read the original article.

This Levantine dip of cooked, mashed chickpeas is one of our favorite healthy snacks, but also is a delight spread in sandwiches or dolloped...

Booze is not necessarily needed for a good night out or a successful social event, and those who don’t fancy sipping water or soda...

A novel (new) coronavirus was first detected in late December in Wuhan City, Hubei Province, China and is causing an outbreak of respiratory disease...