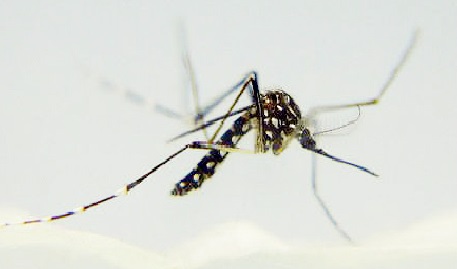 Local health officials are urging Cayman Islands residents to be aware of the symptoms of dengue as a precaution following increased activity in the region.

With the frequency of travel between the Cayman Islands and other destinations in the region, the likelihood of imported cases is a strong possibility. The Public Health Department has already initiated response measures to contain the situation should it arrive to our shores. Key interventions include continued active surveillance, infection prevention and control and risk communications.

He added, “In this regard, there is the need to amplify surveillance for early detection and appropriate response, and to increase awareness among the general population on ways to prevent, and /or protect against introduction and spread of the mosquito borne disease.”

Dengue is a mosquito-borne viral disease transmitted by female Aedes aegypti mosquitoes. Symptoms of the disease include the acute onset of high fever and at least two of the following:

bleeding gums, blood in urine or stool, or vaginal bleeding) are seen in a severe form of dengue fever known as dengue hemorrhagic fever, severe dengue or dengue shock syndrome.

The local Public Health Department has a year-round surveillance system that involves weekly monitoring of potential cases of mosquito borne illness reported by public and private physicians that has proven very sensitive when it comes to detecting dengue cases, Dr. Williams-Rodriguez notes.

All residents and visitors experiencing symptoms of dengue after travelling to a country with established transmission of dengue should immediately see a doctor and report their travel history.

Minister for Health Hon. Dwayne Seymour voiced his appreciation for the highly sensitive detection system of the Public Health, and underscored the importance of personal responsibility to avoid mosquito bites: “The Cayman Islands to date has only experienced imported cases. At the same time, the number of cases in the region is rising. As such, persons visiting countries with established transmission should take mosquito bite prevention measures when outdoors at all times.”

These measures include wearing long sleeves, long pants and mosquito bite repellent containing at least 50% DEET. Persons should also eliminate potential Aedes aegypti breeding grounds by turning over sources of standing water around their homes and other buildings.

In addition, the Mosquito Research and Control Unit will continue its own surveillance efforts, and ongoing work to identify and eliminate Aedes aegypti breeding grounds around the Islands.

Over the last three years, the Cayman Islands experienced three imported and one locally transmitted case of dengue in 2016, no cases in 2017 and two imported cases in 2018.