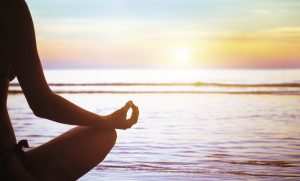 Meditation is going mainstream, The ancient practice is shedding its New Age image and entering the secular space, offering Cayman’s work-hard, play-hard professionals a way to combat the stress that often comes hand-in-hand with success.

This certainly isn’t my average lunch break. I’m lying on the floor beneath a woolen blanket, a couple of cushions propped beneath my arms and legs, and an eye mask shutting out the midday sun that streams through the windows. A soothing Canadian-accented voice instructs me to picture a ball of golden light moving between my throat and the back of my skull with each deep breath.

This is my first experience of Yoga Nidra, the ancient practice of conscious sleep, where rather than contorting sweaty limbs into impossible poses you don’t so much as lift a finger.

Yet if you’re imagining a class full of tie-dye-clad hippies, think again; my classmates at Bliss Living Yoga’s midday session include a 73-year-old former American Football pro as well as a 30-something female doctor, all of us spending 40 minutes in the same supine pose. It’s an increasingly common sight as meditation moves closer toward the mainstream (8 percent of adults in the U.S. claim they meditate regularly).

For many it’s an antidote to our always-on, tech-addicted lifestyles – after all, what could be more of a modern luxury than spending an hour completely still and silent? Even here on a Caribbean island, Bliss Living’s owner Janelle Kroon believes we’re often under the same pressures. “People think it’s easier here. Nuh-uh! We’re already in a state of anxiety much of the time, not even consciously, whether it’s from work or world events. We need to stop and consciously relax.”

Janelle describes Yoga Nidra as the ‘yin’ to the ‘yang’ of physical yoga forms.

“Sleep is rest for the body; this is rest for the mind,” she says. “When we sleep we’re still dreaming, and if there’s any hyperactivity in the mind you’re not resting, so sometimes you wake up wondering ‘why do I feel like I haven’t slept?’

“Whereas brain waves are very different in Yoga Nidra. We downshift into an alpha brain wave state [associated with wakeful relaxation] and allow the body to fall asleep while keeping the mind awake. Forty minutes is like four hours of deep sleep.”

To achieve this, she leads us through a specific road map of breathing and visualization techniques while we lie in the total comfort of “corpse pose.” We’re told to direct our focus to different parts of our bodies in turn, through individual fingers and toes, right up to our shoulder blades, before imagining a series of polarized sensations – pain, pleasure, hot, cold – and then counting backwards from 54.

At Queen’s Court Plaza, spa and yoga studio Bodyworks has seen attendance at its meditation classes increasing substantially over the last couple of years, along with a lot more men signing up. It currently offers three different weekly classes, ranging from Osho, a more dynamic form incorporating movement and sound, to “Mindfulness for Meditation,” led by South African-born instructor Wendy Koll. “They all work towards the same goal,” Wendy explains.

“Mindfulness is a form of mediation, a technique. For me, the difference is in the practicality… When you’re making a cup of tea, you can do it mindfully. It’s simply attentiveness to the moment.”

As well as the weekly classes at Bodyworks, Wendy has taught mindfulness to children across the island, including Montessori School, Little Trotters and the Hope Academy. Some of her pupils have been as young as 18 months, others teenagers with behavioral issues. With the latter, she was astonished to see a marked transformation from rowdy acting-out to silence and calm after a single session (echoing the recent headlines about a Baltimore school that has replaced detention with a “Mindful Moment Room” and seen suspensions plummet).

Then there are corporate contracts – offshore investment firm DMS was one example – and private clients, including executives who need to slot the activity into their busy schedules and view it as a strictly secular stress-reliever: “I don’t want any of that woo-woo kind of stuff please,” as one once told her. 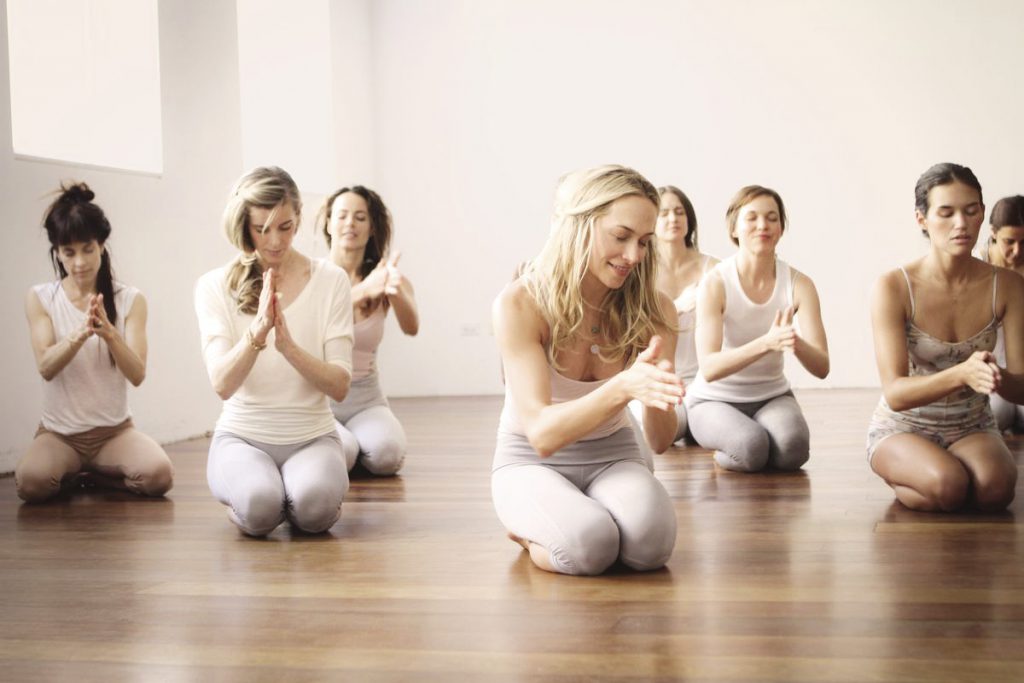 Indeed, an influx of scientific research has convinced skeptics to give this ancient Eastern practice a try. One Harvard-affiliated team of researchers based at Massachusetts General Hospital found that an eight-week course of meditation produced massive changes inside the brain’s gray matter, in the areas relating to anxiety, memory and concentration (the participants were new to meditating and on average practiced for 30 minutes per day).

Many of Cayman’s medical practitioners are recommending meditation to their patients. Catherine Day, a clinical psychologist at The Wellness Centre, says that “using these ideas and incorporating them into traditional talking therapies allows me as a therapist to offer a more effective and holistic mind and body approach to treating anxiety, depression, trauma and a range of other mental health issues.” She sees it as a powerful tool for dissuading “time traveling” in their minds – in other words, worrying about what happened last week or thinking ahead to what they need to do next. “When in these busy states of mind, people are literally missing life as they are not emotionally present in the moment. Instead of listening to their child or spouse, they’re checking their phone or making a mental list of tasks for the day,” she adds.

Beyond the growing array of classes that we can incorporate into our daily routines, frazzled Caymanians are seeking out more in-depth meditation experiences at day or weekend-long retreats. In mid-January 2017, one such group gathered at a private location in East End for “Restore, Recharge, Reset,” a wellness mini-retreat hosted by Behavioral Health Associates Cayman (BHAC).

In sessions led by experts such as board-certified Consultant Psychiatrist Dr. Marc Lockhart, attendees learned evidence-based techniques to enhance mindfulness, sleep, social connectedness, nutrition and overall well-being. “Our experts highlighted the medical benefits of mindfulness and the role it plays, along with other interventions, in maintaining and prolonging a healthy life,” says Heather Lockhart, a Certified Life Coach and one of the retreat’s instructors.

Meditation will play a key role at the Little Cayman Yoga & Healing Foods Retreat in July, according to organizers Saucha Conscious Living.

“When I teach the food aspects of the weekend, one of my favorite things is discussing the meditation that can be found cleaning, chopping, and cooking a meal,” says Britta Bush, vegan chef and owner of Saucha.

“Learning to let go of stress and concerns, so that we can focus on what is before us. The key is finding moments of meditation whenever we can during the day. Whether it is sitting still in the traditional meditation pose, hearing the knife on the cutting board, or just taking deep breaths at your desk to clear the mind. The key is learning to turn off the noise in our heads and lives.”

Many of the people who stand to benefit most from meditation are those too busy to spare much time. More convenient class formats are helping with this – such as Bliss’s 40 minutes of Yoga Nidra at lunchtime, or the pre-happy hour session Bodyworks is planning to launch. Also, there are hundreds of smartphone apps dedicated to meditation, which allow anyone to slot a 10-minute escape into their busy days. One of the most successful is Headspace, already counting 8.5 million active users.

Perhaps it won’t be long before meditation becomes as commonplace in Western wellness culture as gym sessions and dental check-ups.

Being ‘off the bottle’ no longer means having to glug childish, sugar-laden sodas. Alcohol-free has undergone a serious upgrade, and a slew of artisanal,...

What is it? Excellent question. We’re talking about the pollen produced by flowers that bees gather and take back to the hive, packing it into...