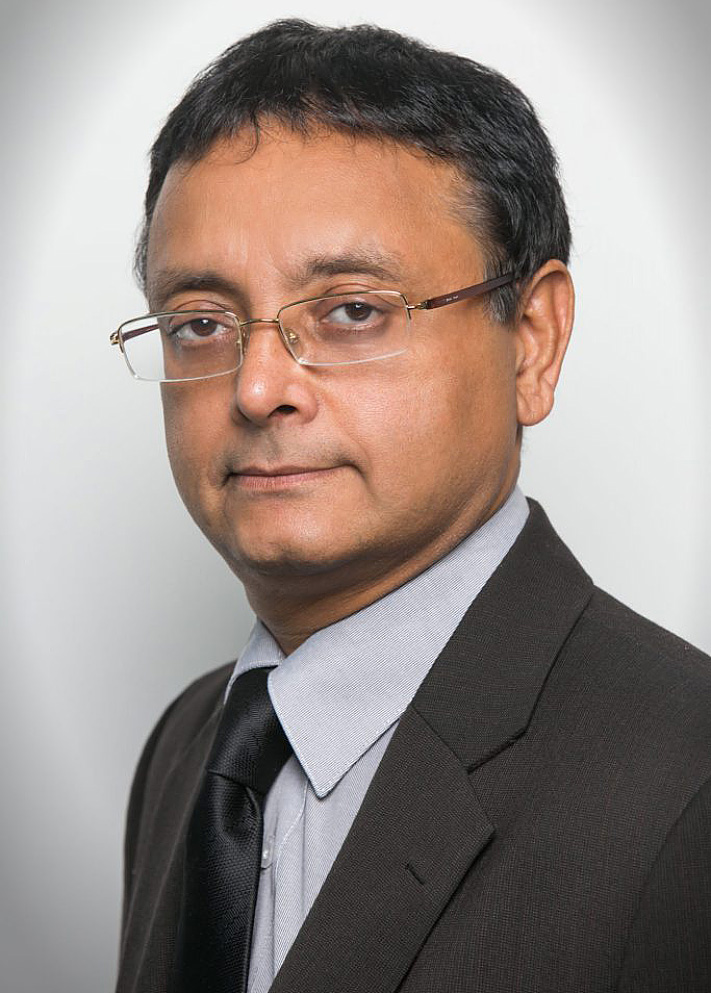 Dr. Ravi received his MD in Internal Medicine from the Post Graduate Institute of Medical Education and Research in India, before obtaining his Doctor of Medicine in Cardiology at Pant Hospital in New Delhi followed by a Bachelor of Medicine/Bachelor of Surgery from Bangalore Medical College. He then received the Commonwealth Scholarship in Cardiac Electrophysiology from St. George’s Hospital Medical School in London.

Dr. Ravi has over 19 years of surgical experience, completing over 17,000 procedures. He established the first dedicated electrophysiology unit in Hyderabad-Medicity Hospital, India, performed the first RF ablation in South India, and performed the first RF ablation in ICD implant in Karnataka. He developed the Cayman Islands Atrial Fibrillation for Elderly (CAFE) study which compiles data from cardiac screenings of those aged 65+ in the Cayman Islands and the Caribbean.

He manages Narayana Health’s specialty Heart Failure, Device and Arrhythmia, and Resistant Hypertension clinics, and together with Dr. Devi Shetty has been instrumental in establishing state of the art electrophysiology services across the group hospitals.

Benefits of the COVID-19 vaccine

As Cayman continues efforts to contain COVID-19 and protect the population from the virus, the most significant action that residents can take is to...

Give the gift of life

Giving the gift of life is easier than you think. Donating blood or signing up to a bone marrow registry will only take minutes...